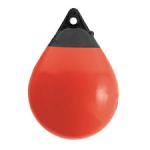 at the Cowell Theater at Fort Mason

Buy your tickets now–the selections at the festival are superb!

I wanted to highlight my film, “Steve Shirley Shark Tagger,” an official selection featured in it:

It’s a ‘World Premiere’ release for my film; which means it is the first public screening of it, ever!  I’m thrilled to be a part of this awesomely run festival.  The staff and volunteers are great people. 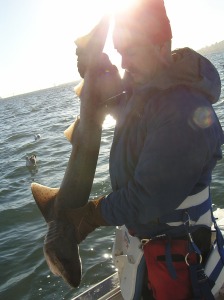 Photo of Steve Shirley releasing a Leopard Shark into the beloved SF Bay.

When I began my film project, my goal was to profile a man who was passionate about protecting sharks in our SF Bay.  Like many homeschoolers I know, Steve Shirley is a self-directed learner (and that’s the point of this blog, promoting alternative learning).  At the screening, you’ll discover how much Steve has accomplished because he followed his interests.

But something unexpected happened about my intent for the film.

It’s more than just a profile of a self-directed learner.

“Steve Shirley Shark Tagger” is a conservation tool to create awareness about Sevengill and Leopard Sharks in the San Francisco Bay.

Over the course of the year of exposing myself to ocean conservation content, I’ve become convinced of the need to enable others’  interest in it as well.

Oceans are challenged and threatened by human activity.  The more people know, the better.

I’m embarrassed to admit that I didn’t realize, until I watched the documentary, “Mission Blue” (*highly recommend this) on Netflix, that most of our oxygen is produced from plankton in our oceans.  If the plankton dies, it’s going to effect us.

soon to be tagged for a long-term study, in partnership with the Monterey Bay Aquarium.

The films in the SFIOFF aren’t dogmatic.  Facts are woven into engaging, memorable, visually rich stories that help the audience realize that problems aren’t insurmountable.

Anyway, if you can make it to my screening of my short documentary, “Steve Shirley Shark Tagger,” let’s chat;)

Your ticket enables you to see a whole evening of films besides mine.  Q&A afterwards with filmmakers. 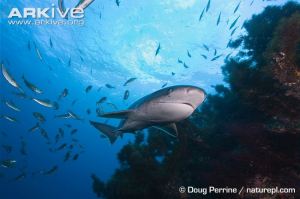 Photo by Doug Perrine at naturepl.com

All the funds raised from tickets support the festival’s ocean conservation work, including youth programs in the schools.

And for those of you who’ve already bought tickets, thank you very much for your support.  I’ve put thousands of hours into making my film.  I financed it myself.  I did all of the work as a crew-in-one.

Leave me a note. I read them! Cancel reply

This site uses Akismet to reduce spam. Learn how your comment data is processed.