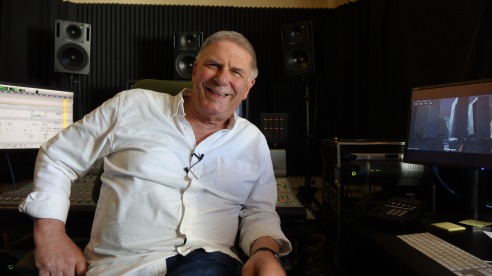 Richard Beggs in his sound mixing studio in the Film Center Building in the Presidio, San Francisco, California. Photo by Kristin Sherman Olnes, 2015.

Director’s note: there are many expert post production sound professionals working in film worldwide—too many talented smart and witty people to include in “A Sound Life,” film, unfortunately. Cheers to the sound designer / mixing filmmaking profession. Some might say their work contributes to half the success of a film!

P.S. My trip to New York City in the spring of ’18 for an interview with American Director Barry Levinson in his Soho studio was a coup. Levinson is charmed. Of all my interviewees, he described what it’s like when sound and image magically come together and everything is believable in the world of a film.